Military Reality vs. Political Reality. Putin vs. The West

I think the political USA is attempting to destroy the USA and Russia at the same time, without resorting to nukes.
They will escalate until the US is in a direct war agains Russia.
China will help Russia j ust enough so both Russia and US are destroyed.
Then China will take it's reserved seat at the table of World government with the Global Elites.

Posted by Flavio Antonino at 2:07 PM No comments:

America is 'Mystery, Babylon The Great,The Mother Of Harlots And Abominations Of The Earth'! 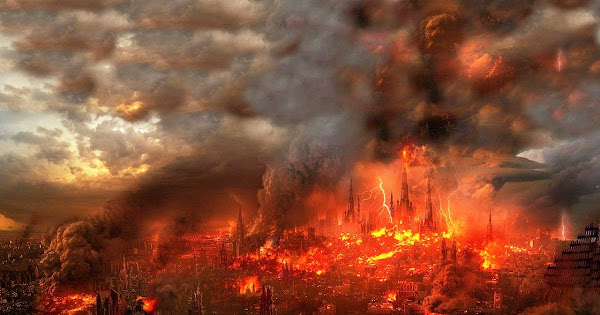 Posted by Flavio Antonino at 5:06 PM No comments:

Russia is NOT the USSR


Hundreds of bikini-clad skiers take to the Russian slopes

Posted by Flavio Antonino at 11:01 AM No comments:

NATO is going to get us ALL killed with this move

NATO's escalation of the war in Ukraine is going to lead to massive blood shed and no positive outcome. Germany, Poland, Portugal and the United States announced plans to send tanks to Ukraine in a dramatic show of force.

I think at this point every Russian is going to be angry, and will want to avenge their brothers, fathers, cousins, sons, 145 millions of them. NATO's proxy war may very well turn into a direct war. Will the 80,000 US forces stationned in Poland and Romania enter the theater?
Germany has officialy stated being at war with Russia. Is this a revenge for WWII ? Will it work this time?
United States is the instigator for this war, since and including the MAIDAN events in 2013. Since, France & Germany pretented to mediate the Russian/Ukraine disagreement with the Minsk Agreement. They openly declared it was a trick to buy time and prepare Ukraine for war.

Tell us in the comments what you think the outcome of this war will be?

Posted by Flavio Antonino at 6:34 AM No comments:

Japan remilitarizes as US pushes conflict with China

The Grayzone's Max Blumenthal is joined by Nagoya, Japan-based scholar and activist Joseph Essertier to discuss plans by Japan's government to double its military budget, deploy forces to key island chains and partner with the US on new missile systems in expectation of a possible military conflict with China. Essertier also addresses CIA infiltration of Japan's Liberal Democratic Party and the assassination of Shinzo Abe.

Posted by Flavio Antonino at 2:12 PM No comments:

Posted by Flavio Antonino at 1:17 PM No comments:

Other Sites of Interest