Power of the President


The executive Power shall be vested in a President of the United States of America. He shall hold his Office during the Term of four Years, and, together with the Vice President, chosen for the same Term, be elected, as follows

Each State shall appoint, in such Manner as the Legislature thereof may direct, a Number of Electors, equal to the whole Number of Senators and Representatives to which the State may be entitled in the Congress: but no Senator or Representative, or Person holding an Office of Trust or Profit under the United States, shall be appointed an Elector.

The Electors shall meet in their respective States, and vote by Ballot for two Persons, of whom one at least shall not be an Inhabitant of the same State with themselves. And they shall make a List of all the Persons voted for, and of the Number of Votes for each; which List they shall sign and certify, and transmit sealed to the Seat of the Government of the United States, directed to the President of the Senate. The President of the Senate shall, in the Presence of the Senate and House of Representatives, open all the Certificates, and the Votes shall then be counted. The Person having the greatest Number of Votes shall be the President, if such Number be a Majority of the whole Number of Electors appointed; and if there be more than one who have such Majority, and have an equal Number of Votes, then the House of Representatives shall immediately chuse by Ballot one of them for President; and if no Person have a Majority, then from the five highest on the List the said House shall in like Manner chuse the President. But in chusing the President, the Votes shall be taken by States, the Representation from each State having one Vote; A quorum for this Purpose shall consist of a Member or Members from two thirds of the States, and a Majority of all the States shall be necessary to a Choice. In every Case, after the Choice of the President, the Person having the greatest Number of Votes of the Electors shall be the Vice President. But if there should remain two or more who have equal Votes, the Senate shall chuse from them by Ballot the Vice President.

The Congress may determine the Time of chusing the Electors, and the Day on which they shall give their Votes; which Day shall be the same throughout the United States.

The President shall, at stated Times, receive for his Services, a Compensation, which shall neither be encreased nor diminished during the Period for which he shall have been elected, and he shall not receive within that Period any other Emolument from the United States, or any of them.

Before he enter on the Execution of his Office, he shall take the following Oath or Affirmation:—"I do solemnly swear (or affirm) that I will faithfully execute the Office of President of the United States, and will to the best of my Ability, preserve, protect and defend the Constitution of the United States."

Section. 2.
The President shall be Commander in Chief of the Army and Navy of the United States, and of the Militia of the several States, when called into the actual Service of the United States; he may require the Opinion, in writing, of the principal Officer in each of the executive Departments, upon any Subject relating to the Duties of their respective Offices, and he shall have Power to grant Reprieves and Pardons for Offences against the United States, except in Cases of Impeachment.

The President shall have Power to fill up all Vacancies that may happen during the Recess of the Senate, by granting Commissions which shall expire at the End of their next Session.

Section. 3.
He shall from time to time give to the Congress Information of the State of the Union, and recommend to their Consideration such Measures as he shall judge necessary and expedient; he may, on extraordinary Occasions, convene both Houses, or either of them, and in Case of Disagreement between them, with Respect to the Time of Adjournment, he may adjourn them to such Time as he shall think proper; he shall receive Ambassadors and other public Ministers; he shall take Care that the Laws be faithfully executed, and shall Commission all the Officers of the United States.

Section. 4.
The President, Vice President and all civil Officers of the United States, shall be removed from Office on Impeachment for, and Conviction of, Treason, Bribery, or other high Crimes and Misdemeanors.

Posted by Flavio Antonino at 9:59 AM No comments:

On November 9th 2016, hope had returned. The country I had emigrated to and loved so much, was about to get a second chance, with the election in the position of President of a successful business man, and a non politician.  I thought to my self, maybe, just maybe he can steer our freedom born country into a revival.  I was anxious though. Were they going to allow him to be in office?  Will they start WW3 before he gets in office? Will they create chaos and trigger a Civil War before inauguration? Unlike most, I was worried, thinking that once his inauguration takes place, and he gets in office, the government would start to straighten out.
In the late 70's, early 80's, was when my love for the USA started. It was an amazingly rewarding place. Only imagination was the limit to what one could do or become. Coming from a Socialism prone country, the Liberty I enjoyed was no small feat.

How naive was I. 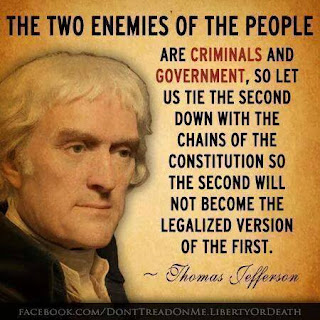 Inauguration day, I thought 'if they don't assassinate him, the sky is the limit'.  Again how naive was I.
The inauguration speech was everything I had expected from this non establishment man. The establishment, sitting behind, two ex-Presidents shook their heads in disbelief of the words being said, by this man that did not need the power of the state to have a successful life. He even paid for his campaign himself, unlike all the others who were bought and paid for before they entered office.
Beyond the inauguration site, riots of the Socialist, Marxist, Globalist paid crowd were ragging. Cars were burned. Widows of stores were broken. Fires were light in the middle of the street.
I thought to myself: 'it will subside with a little time'.  How naive was I.

The shadow government is in total control of all agencies.
It's too late.
President Trump was a lame duck even before he took office.
WE no longer have a form of government designed by the founders.
WE are in an Oligarchy, and WE don't even know who RULE us.
Every single thing done to revive 'the Republic' will be thwarted, by those in the shadows, supported by the majority mob comprised of Socialists, Marxists, Globalists minded people.

WE'd better realize, that our elected President is alone in DC, against an all Globalist and Elitist government, that can't wait for our relegation to 2nd world country (on the way to 3rd world) to grab control and make the NWO and one world government the thing of the future.

Is it too late?
The road to reestablish the Constitutional Republic of the People for the People may be VERY long and hard fought.
Posted by Flavio Antonino at 9:50 AM No comments: 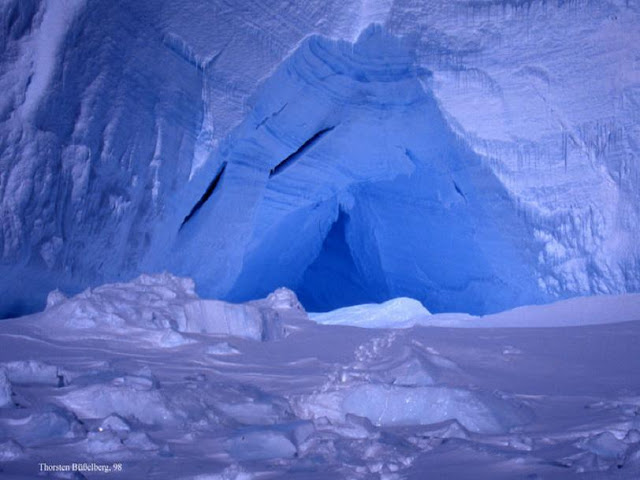