STEVEN SEAGAL TOLD US THE TRUTH AND WE DIDN'T LISTEN!

TIME TO WAKE UP AMERICA!!!

We deserve what we got, as we didn't act. We went along with the elites schemes.

Our children DO NOT deserve what we handed them. It is time to wake up; speak up; and act. 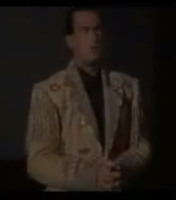 Is it true? Was there alternative energy?

Yes it was and is true.

A French company had announced their Water powered engine, and was to display it at the "Salon de l'Auto" in Paris in the early 2000. They never made it to the show.

I cannot vouch for the Water Engine, although the first engines were Steam Engine.

But concerning ElectroMagnetic Engines, it is without a doubt in my mind possible to realize.
I have taught multiple classes in automotive electrical systems between 2004 and 2011.
Electricity needs for a vehicle are achieved with Permanent Magnet systems or Electromagnetic systems.

A few decades ago, in the early 80's to be precise, I had been playing with a set of 2 wheels, exacting forces against one another, using magnets. They did complete 2 revolutions. Unfortunately, the placement of the magnets prevented higher speeds, and perpetual rotations.
Had the magnets been able to orient according to the speed...

Now using Electromagnets, and our advanced processor of today, it would be fairly easy to design a Motor / Alternator combination with perpetual motion.

Design is one thing, producing it another.
Big oil companies would do and have done anything to stop any attempt to use other means than oil.
Posted by Flavio Antonino at 8:54 AM No comments: