The Pope went on vacation for a few days to visit the rugged mountains
of Alaska. He was driving along near the campground when he heard a
frantic commotion just at the edge of the woods. He found a helpless
Democrat wearing shorts, sandals, a 'Vote for Hillary' hat and a 'Save
the Trees' shirt. The man was screaming and struggling frantically,
thrashing all about and trying to free himself from the grasp of a
10-foot grizzly bear.
As the Pope watched in horror, a group of Republican loggers wearing
Go Trump shirts came racing up. One quickly fired a .44 magnum slug
right into the bear's chest. The two other men pulled the semiconscious
Democrat from the bear's grasp.
Then using baseball bats, the three loggers finished off the bear. Two
of the men dragged the dead grizzly onto the bed of their pickup truck
while the other tenderly placed the injured Democrat in the back seat.
As they began to leave, the Pope summoned all of them over to him. "I
give you my blessing for your brave actions!" he proudly proclaimed.
"I have heard there was bitter hatred between Republican loggers and
Democratic environmental activists, but now I've seen with my own eyes
that this is not true.
As the Pope drove off, one logger asked his buddies, "Who was that guy?
"Dude, that was the Pope," another replied. "He's in direct contact
with Heaven and has access to all wisdom.
"Well," the logger said, "he may have access to all wisdom, but he
don't know squat about bear hunting. By the way, is the bait still
alive or do we need to go back to California and get another one?
Posted by Flavio Antonino at 3:24 PM No comments:

Email ThisBlogThis!Share to TwitterShare to FacebookShare to Pinterest
Labels: smiles

On April 19, 1993. 76 Branch Davidians died following an FBI assault.
Following approval by President Clinton, U.S. Attorney General Janet Reno approved recommendations by the FBI to mount an assault, after a siege from March 1 through April 18.


Lets remember the children who died in this assault

With the participation of Texas Governor Ann Richards. 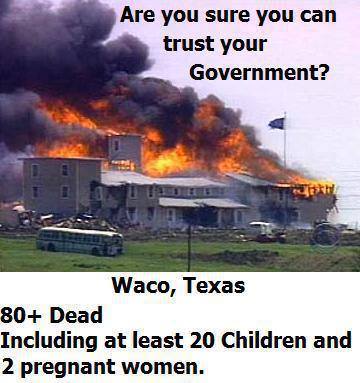 Posted by Flavio Antonino at 4:00 AM No comments:


Had Russia remained in the North, the same thing that happened in Germany (Berlin wall), would have occurred, and Korea would be reunited today.

Instead, China the trouble maker it has been for thousands of years in this Area of Operation, is using North Korea as an ideological buffer zone.
China should have and should encourage the North and South to reunite.
Not too late.
Unless they prefer WW3.

Posted by Flavio Antonino at 7:51 PM No comments:

To the Shores of Tripoli

Posted by Flavio Antonino at 8:27 AM No comments:

They use an Ezekiel prophecy that depicts the destruction of Israel in the future.
Well that prophecy already came true.
What a bunch of fools! This is past history. It did happen in 604 BC. The Kingdoms of Israel and Judea were utterly destroyed, and Jews taken captive in Persia.

Ezekiel never prophesied beyond the end of the Kingdoms of Israel and Judea.

Another manipulative so called Bible prophecy interpretation. The Kingdom of Israel was the World's Superpower (One only needs to read about Solomon). And yes, Israel divided in 974 BC. to form Israel & Judea and then later was destroyed in 604 BC. by Nebuchadnezzar King of Persia. Persia also destroyed the Assyrians and the city of Damascus.

The only future Bible prophecies of the Old Testament are: Isaiah (about Jesus Christ); Daniel (the 4 beasts of end times); Micah (in the last days); Zechariah (about future Jerusalem).

Please DO NOT let those propaganda machines tell you what is in the Bible: Read it for yourselves.

The way I understand it, the only Prophets of the Old testament that did prophecy for a future millennials after their time are;
See Also: Christian Deception
Posted by Flavio Antonino at 10:53 AM No comments:

If any or, all of the below is true, WE THE PEOPLE are looking at a scenario which has been used to drag this nation and its young adults into costly, military conflicts which resemble Viet Nam, Iraq, etc. over and over through the decades.

[As Lake explains, McMaster himself has found resistance to a more robust ground troop presence in Syria. In two meetings since the end of February of Trump's national security cabinet, known as the principals' committee, Trump's top advisers have failed to reach consensus on the Islamic State strategy. The White House and administration officials say Secretary of Defense James Mattis, Chairman of the Joint Chiefs of Staff Joseph Dunford and General Joseph Votel, who is in charge of U.S. Central Command, oppose sending more conventional forces into Syria.
An interesting aside: according to a Lake source, Stephen Bannon had "derided" McMaster to his colleagues as trying to start a new Iraq War. Bannon's opposition to yet another US conflict - one which would have the clear goal of replacing the Assad regime - may explain why the former Breitbart head is on his way out.
* * *
So where in the process is the McMaster "ground war" plan currently? Lake reports that it is still in its early stages.

Because Trump's national security cabinet has not reached consensus, the Islamic State war plan is now being debated at the policy coordinating committee, the interagency group hosted at the State Department of subject matter experts that prepares issues for the principals' committee and deputies' committee, after which a question reaches the president's desk for a decision.

Of course, following the recent cleansing of the NSC as per McMaster himself, which kicked out such skeptics as Bannon, whatever the new national security advisor wants, is what he will get.
And what he wants, based on the preliminary information, is a land war.

Inside the Pentagon, military leaders favor a more robust version of Obama's strategy against the Islamic State. This has been a combination of airstrikes and special operations forces that train and support local forces... McMaster however is skeptical of this approach. To start, it relies primarily on Syrian Kurdish militias to conquer and hold Arab-majority territory. Jack Keane, a retired four-star Army general who is close to McMaster, acknowledged to me this week that the Kurdish forces have been willing to fight the Islamic State, whereas Arab militias have primarily fought against the Assad regime.

Keane told Lake he favored a plan to begin a military operation along the Euphrates River Valley. "A better option is to start the operation in the southeast along the Euphrates River Valley, establish a U.S. base of operations, work with our Sunni Arab coalition partners, who have made repeated offers to help us against the regime and also ISIS. We have turned those down during the Obama administration."
That particular plan would require an initial force of 10,000 troops:

With time, however, the number will grow dramatically.]

"A More Efficient Gov't" doesn't allow ventures of folly, especially those which have been historically committed over and over by the leadership of this Republic. Many 'ordinary Americans' are wise to the follies of the elites who have steered our "Ship Of State." The jury is still out on your 1st 100 days Sir. You have potential in this writer's mind but for my colleagues, I cannot account. The people of this nation elected you because WE are genuinely tired of the degradation of the principles and original intent of A Constitutional Republic which assures the rights to Life, Liberty and the Pursuit of Happiness for all of its citizens NOT JUST THE UBER-RICH!

McMaster will be your Westmoreland, or worse, the mind behind our last costly folly.

The Sons of Liberty National Council

Posted by Flavio Antonino at 1:28 PM No comments:

Despotism for our children

The Definition of Despotism | The KrisAnne Hall Show

KrisAnne Hall is an attorney and former prosecutor, fired after teaching the Constitution to TEA Party groups – she would not sacrifice liberty for a paycheck. She is a disabled veteran of the US Army, a Russian linguist, a mother, a pastor’s wife and a patriot. She now travels the country and teaches the Constitution and the history that gave us our founding documents. KrisAnne Hall does not just teach the Constitution, she lays the foundations that show how reliable and relevant our founding documents are today. She presents the “genealogy” of the Constitution – the 700 year history and five foundational documents that are the very roots of American Liberty. - 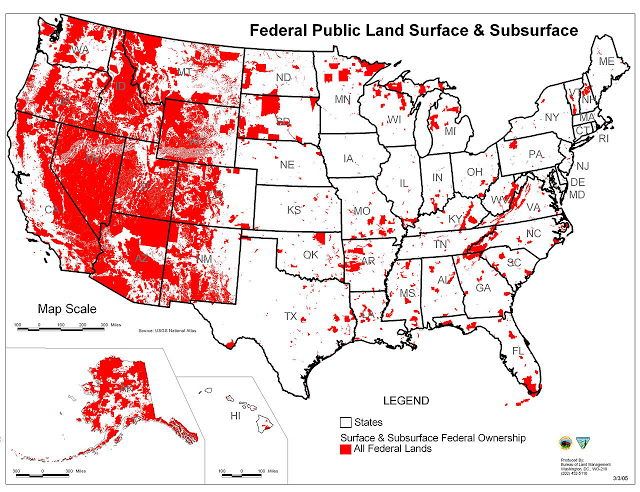 "When the righteous are in authority, the people rejoice: but when the wicked beareth rule, the people mourn."

"Give strong drink unto him that is ready to perish, and wine unto those that be of heavy hearts."

"Let him drink, and forget his poverty, and remember his misery no more."

Posted by Flavio Antonino at 12:32 PM No comments:

Dangers of accepting TOO much Power from the Federal Government


Constitution of United States of America

Article I, Section 8, Clause 11 of the U.S. Constitution grants Congress the power to declare war. The President, meanwhile, derives the power to direct the military after a Congressional declaration of war from Article II, Section 2, which names the President Commander-in-Chief of the armed forces.

Before he enter on the Execution of his Office, he shall take the following Oath or Affirmation:—"I do solemnly swear (or affirm) that I will faithfully execute the Office of President of the United States, and will to the best of my Ability, preserve, protect and defend the Constitution of the United States."


Section. 2.
......
The President shall be Commander in Chief of the Army and Navy of the United States, and of the Militia of the several States, when called into the actual Service of the United States; he may require the Opinion, in writing, of the principal Officer in each of the executive Departments, upon any Subject relating to the Duties of their respective Offices, and he shall have Power to grant Reprieves and Pardons for Offences against the United States, except in Cases of Impeachment.

The U.S. Information and Educational Exchange Act of 1948 (Public Law 80-402), popularly called the Smith–Mundt Act, specifies the terms in which the United States government can engage global audiences, also known as propaganda. The act was first introduced as the Bloom Bill in December 1945 in the 79th Congress and subsequently passed by the 80th Congress and signed into law by President Harry S. Truman on January 27, 1948.

Posted by Flavio Antonino at 5:31 PM No comments:

_ Russia: Attack on Syria violates international law.
_ We the people; It also violates US law! We were not attacked and or Congress did not approve this. McCain, Graham, Hillary, Rubio are having a party today.
_ FA: Unless President Trump, is playing a hidden card to eradicate ISIS and the likes (I suspect he is). I cannot support a Libya 2.0

However, seeing Russia increasing it's presence, & US (possibly) deploying in Syria, could if it was a hidden card, turn into ISIS & the likes quick eradication (a few days at most). Could it be a trap agreed with Russia & Syria?


I feel so confused, so betrayed, so hopeless right now. The neo-cons and the Globalists are jumping of joy.
If this is a strategy to sucker punch the enemy, it's a master piece.

Posted by Flavio Antonino at 12:56 PM No comments: