Syrian Theater is Heating UP

The Syrian War theater is heating up. Major players are now claiming participation. The Syrian war evolved multiple times to now include the following forces battling it out: 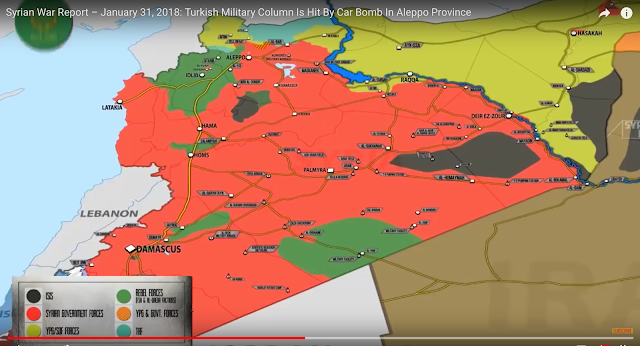 An escalation to a major conflict between the actors, could spiral into the next World War.
Some like to call it a Proxy War of World Powers (which it is). By World powers it doesn't necessarily mean World Nations, but the hidden culprits forces of the Globalists.


Posted by Flavio Antonino at 9:09 AM