SHALL NOT BE INFRINGED !

242 years ago, Americans fought The British Rule, to gain Liberty.
A few years later, in 1789, The United States of America was formed under the Conditions outlined in the Bill of Rights. 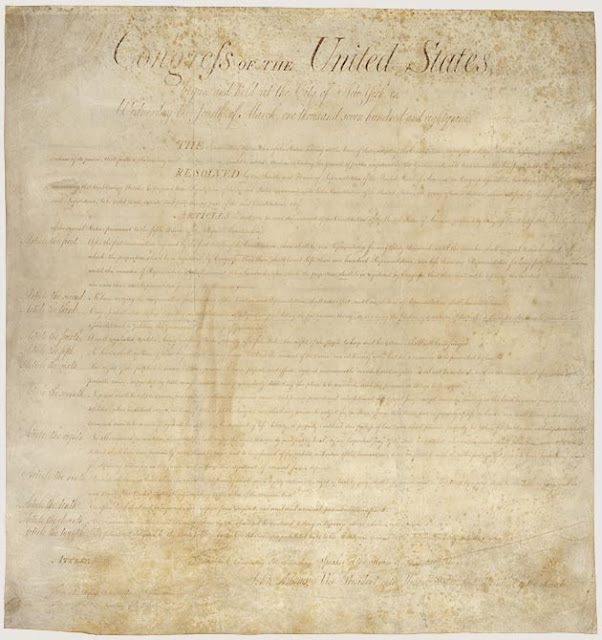 Without the Bill of Rights, the States could not agree to form a Federal Government, to represent them in front of other Nations. And to provide for a United Military front strong enough to dissuade the more powerful French and British Empires of that time.

The Bill of Rights listed 10 Amendments that were agreed upon in order to form the Union.

The 2nd Amendment's primordial purpose was for the People to have the ability to fight Tyranny, should the Federal Government become such, just as the King of England did.

A well regulated Militia, being necessary to the security of a free State, the right of the people to keep and bear Arms, shall not be infringed.

Posted by Flavio Antonino at 12:22 PM