We’ve just learned that Antifa terrorist groups in Austin, Texas and Portland, Oregon have received a large cache of weapons that are being handed to them in preparation for a coordinated, multi-city uprising. Dubbed the “TET Offensive” by Dave Hodges (The Commonsense Show), this planned multi-city attack looks likely to take place before the coming election, as anti-American forces now realize Joe Biden cannot win. So their new goal is to unleash so much chaos across America that elections must be suspended, allowing the Marxist media to roll out its “Trump is a dictator” narrative.

This new delivery of weapons to Antifa forces on or around August 9th has been confirmed by reliable sources. It is consistent with previous announcements by U.S. Customs and Border Protection (CBP) describing government seizures of full-auto weapons parts and illegal suppressors that were intercepted during shipment from communist China to several U.S. cities, including Detroit MI, Louisville KY, and Melbourne FL. 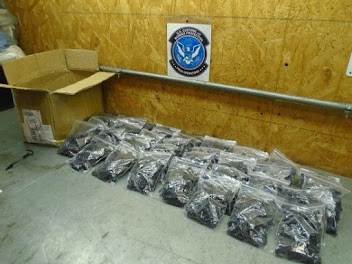 TO ALL PATRIOTS: YOU WILL BE FACING FULL-AUTO RIFLE FIRE FROM ORGANIZED AND WELL-FUNDED MARXIST REVOLUTIONARY FORCES

Read the original at Natural News. If you’re not doing everything in your power to get ready now, you need to be doubling down. November is going to be spicy. You’re used to seeing the clowns in the streets but you’re not seeing the well trained cadre behind the scenes.

Posted by Flavio Antonino at 7:11 AM