OUR PRESENT SITUATION !
- Children of Congress members do not have to pay back their college student loans.
- Staffers of Congress family members are also exempt from having to pay back student loans.
- Members of Congress can retire at full pay after only one term.
- Members of Congress have exempted themselves from many of the laws they have passed, under which ordinary citizens must live.
For example, they are exempt from any fear of prosecution for sexual harassment.
- And as the latest example, they have exempted themselves from Healthcare Reform, in all of its aspects.

We must not tolerate an elite class of such people, elected as public servants and then putting themselves above the law.
I truly don't care if they are Democrat, Republican, Independent, or whatever. The self-serving must stop. 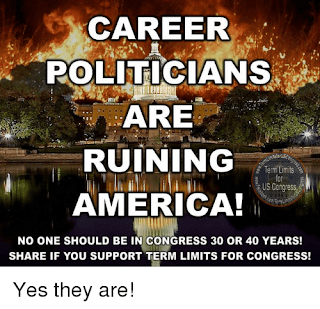 Governors of 35 states have filed suit against the Federal Government for imposing unlawful burdens upon their states.It only takes 38 (of the 50) States to convene a Constitutional Convention.

Posted by Flavio Antonino at 8:25 PM