The Deep State or 'officials'

The Deep State is MUCH stronger than we can imagine, and is here to stay. Unless ????

Official, definition: a person holding public office or having official duties, especially as a representative of an organization or government department - relating to an authority or public body and its duties, actions, and responsibilities.

Compared to the French 'fonctionnaire', it has gained in it's similarity over time.

A public servant is a person employed in a public service and performing a permanent duty therein. In France, civil servants are most often recruited by means of competitive examinations and then appointed to a grade in the administrative hierarchy of the State.

For example when an adjustment in cost of living is sought, it compares as such:

The above number does show the burden of all those salaries on the American people, for services often rendered very poorly. 22 millions in Federal state and local government, is not something we should applaud, as the salaries of those people outmatch their equivalent in the Private sector.

Federal employees (the Deep State), compared to all Military branches:
Firing Federal Employees isn't easy, and firing 2.7 Million of the Deep State collaborators is impossible.
Those 2.7 Million people out of a job is unimaginable, as they would have a very hard time in the private sector. 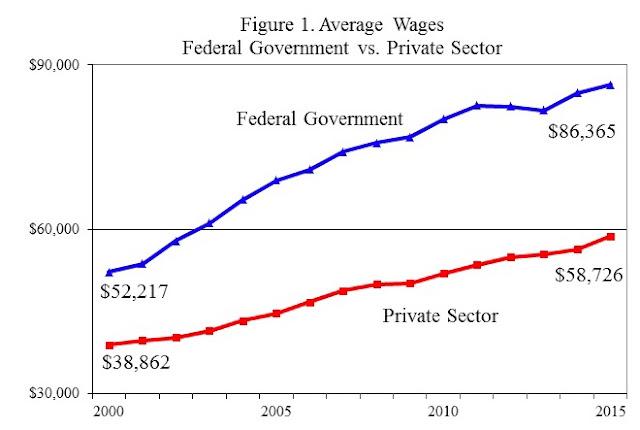 Then, going further, to show them vs. us, lets take a look at the difference when considering benefits (health care; pensions). 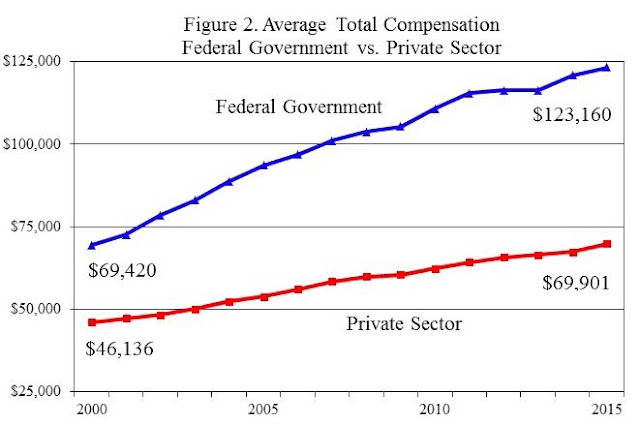 Posted by Flavio Antonino at 11:38 AM