If a scientist could research hundreds of years?

This is recorded in Guinness World Records as the world's longest continuously running laboratory experiment: 73 years.  The experiment was started in 1927 by Professor Thomas Parnell of the University of Queensland in Brisbane, Australia. It ended on 28 November 2000.
In October 2005, John Mainstone and the late Thomas Parnell were awarded the Ig Nobel Prize in Physics, a parody of the Nobel Prize, for the pitch drop experiment.

Many archaeological discoveries have remained unexplained. Often due to when they were made. Could ancient civilizations have been more advanced than we are?
Who build the Pyramids? This question to this day is still unanswered.
How about the Sphinx? Another enigma.
How can huge stones be so perfectly fitted in the vestiges of Peru? We still can't achieve such wonders with today's technology.

Of course, conspiracies run amok.  "Ancient Alien's !" Every one has heard of the series on the History Channel.  But, is it science, to make such assumptions? And based on what? Technologies unknown to us?  Could it be that Ancient Civilizations built all those unexplained artifacts and structures?  They call it Atlantis !

About The fall of angels. And they took wives unto themselves...the women became pregnant and gave birth to great giants whose heights were three hundred cubits...

8:1 And Azaz'el taught the people the art of making swords and knives, and shields, and breastplates; and he showed to their chosen ones bracelets, decorations, shadowing of the eye with antimony, ornamentation, the beautifying of the eyelids, all kinds of precious stones, and all coloring tinctures and alchemy. 8:2 And there were many wicked ones and they committed adultery and erred, and all their conduct became corrupt. 8:3 Amasras taught incantation and the cutting of roots; and Armaros the resolving of incantations; and Baraqiyal astrology, and Kokarer'el the knowledge of the signs, and Tam'el taught the seeing of the stars, and Asder'el taught the course of the moon as well as the deception of man.

Men of science could work for Centuries

Imagine, a man of science able to pursue his research for 400 years before dying. He could dream it. He could theorize it. He could design it. He could implement it and test it. He could monitor it's use and improve on it...........
Wow who could have thought of that?
The skeptics and those who can't stand the existence of any creator, will without a doubt discount such a possibility. Yeah, Ancient Aliens make more sense then a historical record 4000 years old. 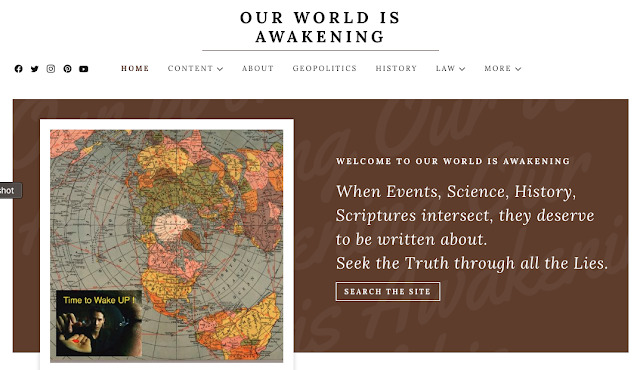 Posted by Flavio Antonino at 2:58 PM