Are Schools Safe Yet? NO

Until The Global community forces Americans to disarm, safety of the defenseless in some Gun Free Zones, is but an illusion.

There is NO denying it there is a minimum of 700 Million guns in America.

Criminals typically DO NOT obey Laws. 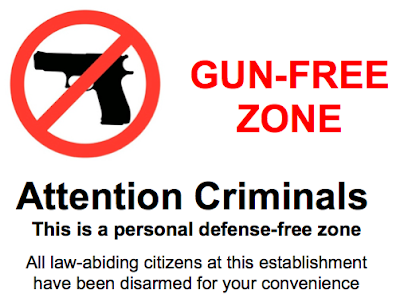 Government Buildings and Airports can be considered safe since they use metal detectors, and they have Armed Guards inside the premises. Although some have tested Airport securities and have managed to pass weapons. Fort Lauderdale Florida incident proves it is not safe. Aboard Aircrafts, random armed Marshals and some Pilots are armed in the cockpit. Baggage pick-up areas remain a weak point as Fort Lauderdale proves. It is legal to carry a firearm in a locked compartment of checked luggage.

Some mostly Large Banks do have Armed Guards, but there usually is no metal detectors.

Movie theaters and entertainment venues, are your typical shooting gallery of sitting ducks.

Amusement Parks although with security that searches bags at entrances are not that safe. Determined criminals can manage to pass through with weapons. They usually cover very vast land areas, and for private Security guards to come to the rescue (if they master the courage) in time is highly unlikely.

Most Large Colleges so have Private Security Guards (sometimes armed) that conduct rounds around campuses. Large areas (parking to buildings) of most large campuses are known to be the sites of attacks, rapes, and other criminal activities.

Schools are by far the most vulnerable places in the US. Yet, parents do not seem to see the dangers their children are in. Surroundings of Schools in cities are often the favorite places for drug dealers and gang members, child abductors, child abusers, child molesters... Bus stops also are very vulnerable places, with a high concentration of children standing there. In gang infested areas, they are often the sites of drive-by shootings.

If your child was the victim of or possible abduction: Vets 4 Child Rescue
Craig 'Sawman' Sawyer a former Navy Seal is the founder of the organization.


Avoid Private businesses posting a similar sign (I do):

They do not deserve American patrons

I personally steer clear of such places, as I always conceal carry, and obey the Law, and Policies of private citizens
Although I've trained for over 20 years in various martial arts, a firearm is necessary to defend oneself and possibly innocent passersby. More than ever with age crippling this once very athletic person, an equalizer is necessary.

We now live in a World of a decadent and merciless society. Being a victim is NOT an option.

Bless you all, and be safe.
Posted by Flavio Antonino at 7:02 AM