It's a Fool's Game 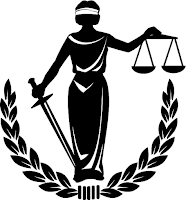 Yes, this much is to be said about the Judicial system or the Justice system.

It is without a doubt that we can now say that Justice no longer abides in our country.

Justice is actually NOT the goal of the Judicial system.

At my last Jury Duty appearance, the Judge told me:


"This is not about justice. We are here to apply the Law."


It has all become a masquerade of Justice, and a trick of those capable to finance their hired Lawyers. The more money you have the more capable the Lawyer.

They even manufactured their own language so that few can argue their own cases. English is not used on court documents. They have invented enough words to make the non Law savvy look like a FOOL in his own country.
They have in a sense reinvented the wheel. A square wheel. A wheel that needs help in order to move freely. A wheel that crushes people at every corner.

Prior to the invented Judicial system of today, was there any method of Law?
Were there any Laws?
Did we live in Anarchy?
Was Murder a Crime?
Was theft a lessor Crime?

I suggest you give the below link a read, emanating from a venerated 'Law School': 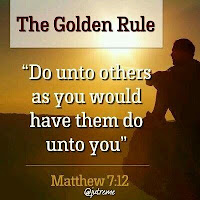 One of the characteristic of the Colonies of America, is that they were comprised mostly of people of Judaeo / Christian beliefs.  But not necessarily the beliefs sanctioned by the powerful Catholic Church of Rome. Matter of fact all derived branches of Christianity were frowned upon by Rome, even persecuted.
The Golden Rule:

So, based on Judaeo / Christian principles, the new Americans used what is called

The defining characteristic of “common law” is that it arises as precedent. In cases where the parties disagree on what the law is, a common law court looks to past precedential decisions of relevant courts, and synthesizes the principles of those past cases as applicable to the current facts. If a similar dispute has been resolved in the past, the court is usually bound to follow the reasoning used in the prior decision.

One of the most prominent principle that steered the Common Law system, was the Parties. There had to be two (2) parties.

Here is perfectly valid explanation of this principle:

In order tor a crime to take place there must first create a victim. The individual accused of a crime must violate the life, liberty or property of another individual. One of the rights mandated in our Bill of Rights is a person accused of a crime is the right to cross examine the witnesses against him. In other words, the defendant has a right to confront the injured party.
If there is no injured party, and hence, no one to cross examine, the individual accused of the crime cannot defend himself in a court of law.
An government is a legal fiction and has no rights and cannot be an injured party. Only human beings have rights. Individuals can testify against an accused person but a legal fiction cannot. When an unjust law is enforced, the accused individual becomes a victim.

Amendment VI"In all criminal prosecutions, the accused shall enjoy the right to a speedy and public trial, by an impartial jury of the state and district wherein the crime shall have been committed, which district shall have been previously ascertained by law, and to be informed of the nature and cause of the accusation; to be confronted with the witnesses against him; to have compulsory process for obtaining witnesses in his favor, and to have the assistance of counsel for his defense."

Ninety Eight Percent of the people in prison were denied their right to a trial by a jury. In order to avoid the possibility of being convicted of a more serious crime the accused pleads guilty to a lesser crime. In many cases they have committed no crime at all. This practice is an enemy of justice and a great way to raise money for corrupt lawyer and judges.
In the land of the free, we have more of our people in prison than any other country in the world. The biggest crime today is that we incarcerate people for committing victim-less crimes.

Bill of Rights pertain to Law?

Articles 3, 6-10 pertain to Law.
No less than 5 Amendments.
Amendments 4 through 8, highlight the Rights of The People in regards to Law.

Amendment IV
The right of the people to be secure in their persons, houses, papers, and effects, against unreasonable searches and seizures, shall not be violated, and no Warrants shall issue, but upon probable cause, supported by Oath or affirmation, and particularly describing the place to be searched, and the persons or things to be seized.
Amendment V
No person shall be held to answer for a capital, or otherwise infamous crime, unless on a presentment or indictment of a Grand Jury, except in cases arising in the land or naval forces, or in the Militia, when in actual service in time of War or public danger; nor shall any person be subject for the same offence to be twice put in jeopardy of life or limb; nor shall be compelled in any criminal case to be a witness against himself, nor be deprived of life, liberty, or property, without due process of law; nor shall private property be taken for public use, without just compensation.
Amendment VI
In all criminal prosecutions, the accused shall enjoy the right to a speedy and public trial, by an impartial jury of the State and district wherein the crime shall have been committed, which district shall have been previously ascertained by law, and to be informed of the nature and cause of the accusation; to be confronted with the witnesses against him; to have compulsory process for obtaining witnesses in his favor, and to have the Assistance of Counsel for his defence.
Amendment VII
In Suits at common law, where the value in controversy shall exceed twenty dollars, the right of trial by jury shall be preserved, and no fact tried by a jury, shall be otherwise re-examined in any Court of the United States, than according to the rules of the common law.
Amendment VIII
Excessive bail shall not be required, nor excessive fines imposed, nor cruel and unusual punishments inflicted.

I don't know about you, but to me, from the time of the creation of our Constitutional Republic, to today, Judicial Law or 'the Legal system' has corrupted the prior benevolent intentions of the Founders.

We live in a subservient system, that favors the powers that be.

Posted by Flavio Antonino at 11:20 AM