Socialism Must be Financed

Social benefits will FAIL in the US, if they are not financed properly. With the attempt to Socialize Health Care, the Obama administration failed miserably. Thorough financing was necessary to succeed. In other words they wanted to provide Health Care to All (as a Right), without first building the structure necessary to sustain it.

Nationalization dates back to the 'regies' or state monopolies organized under the Ancien Régime, for example, the monopoly on tobacco sales. Communications companies France Telecom and La Poste are relics of the state postal and telecommunications monopolies.

There was a major expansion of the nationalized sector following World War II. A second wave followed in 1982.

How about Nationalizing in the US ?

Good luck on that one. The previous administration knew very well that a Mighty opposition would have risen, if they had dared go that route. I think they somehow did it at a small scale, covertly. One example was the deal started by Harry Reed concerning land in Nevada.
So what companies would guaranty funds for Social Benefits?
Are there any Nationalized companies in the USA?
Here is an extract of Government dealings:

The UK has a list of Nationalized companies that is triple than France.
Germany on the other hand had much under the control of Government, and have gradually re-privatized most. Partial privatization of Deutsche Bahn (the railways) is currently underway (one of the last ones). 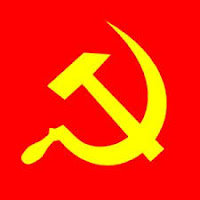 WE can either remain Americans, or ...... become like Europe, nations legislated by un-elected technocrats, and Kiss Liberty Goodbye.
Posted by Flavio Antonino at 4:52 PM