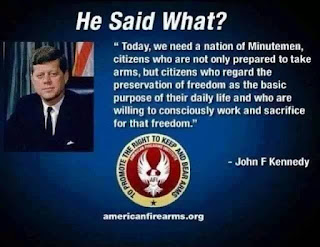 November 22, 1963
The day of the highest treason, the day that changed America forever. That day the door was wide open to the traitors of the Republic of the United States of America.
That day, the evil plan of the New World Order became almost unstoppable.

America is the last stronghold of Liberty in the World. For how long? The take over and infiltration has started long ago. A President cannot do it himself, WE the people must stand. Kennedy is proof of this statement. He tried to take on the Shadow Government, and the Shadow Government that rules the Deep State took him out. 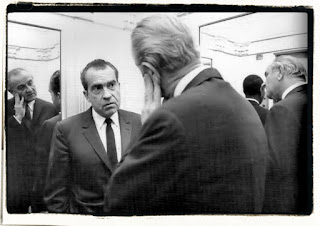 NO, Kennedy was NOT killed by Lee Harvey Oswald. He was killed by the Deep State and in his case, the CIA planned and executed his assassination, to give way to their preferred Lyndon Johnson. Kennedy was getting too entrepreneurial by speaking out against the Deep State.

Deep State, run by the Global Elites of the New World Order.  The NWO, does not include a sovereign America, but a subservient State to a Global Government comprised of un-elected bureaucrats EU style.

I do not believe Americans will stand for any violence against now President D. J. Trump. I do believe that the remaining non Globalist citizens of America will rise in anger if such actions are taken. A furious 2nd Civil War undertaken by this last Armed nation in the World, would obliterate over a 100 Million people in a month.

George H. W. Bush accelerated this rush for a NWO. 9/11 under his son was setting the stage for two things for sure: Increased control of the people living in the USA; destruction of any country not in step with the World Bankers. Bush 1; Clinton; Bush 2; Obama; were all pawns of the NWO.
Posted by Flavio Antonino at 11:48 AM