The 6 Branches of US Government

The 6 Branches of US Government in order of influence:

This is what the 3 branches of Federal Government have evolved into.

The Declaration of Independence;
The Constitution;
The Bill of Rights;

have been set aside, trampled upon, ignored, ridiculed, and even interpreted as if it was not written in English. 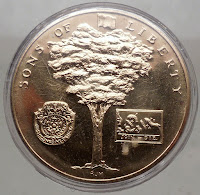 The Keepers of the Tree of Liberty omitted to trim the branches.

Posted by Flavio Antonino at 5:31 AM